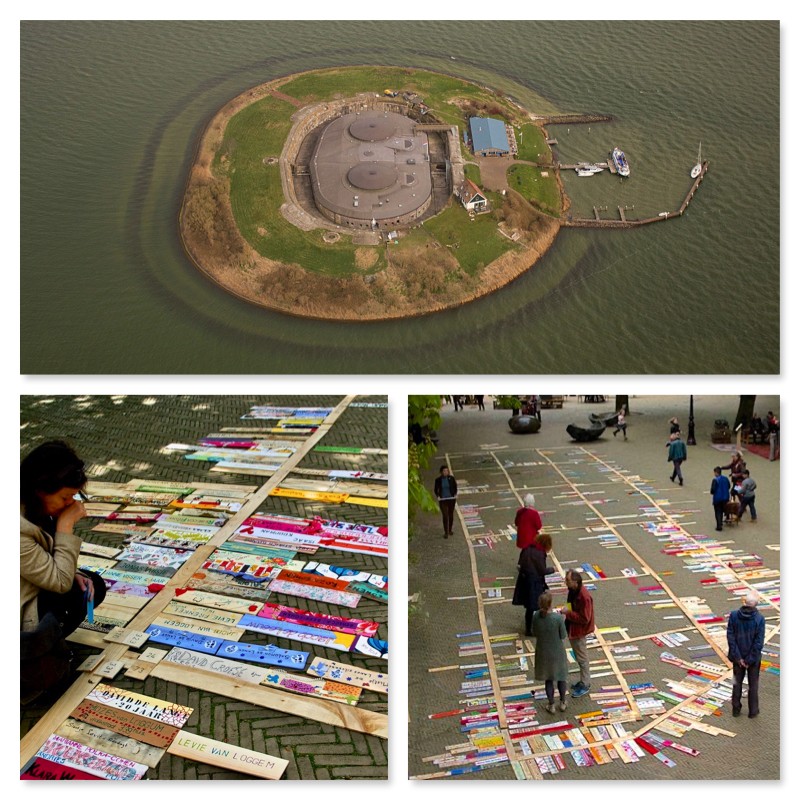 During WWII, my great-uncle was lined up with some of his neighbours and shot behind a garage for hiding Jews in occupied Friesland, NL. My father took me to this spot in Wons (Wuns) several times. As we touched the bullet holes in the wall, he recounted what he knew of his omke Fetse Elgersma’s courageous choice and fate. Two years ago, I participated in a ritual pilgrimage on the Kastanjeplein, a public square in Amsterdam, to honour Fetse's life and values.

For the past seven years on May 4, a day reserved in the Netherlands for remembering war victims, hundreds of people from all walks of life, cultures, languages and religions, have gathered and ritualised their respect for Jewish war victims at an ephemeral Stratenmonument (street monument) on the Kastanjeplein in Amsterdam.

The commemoration began eight years ago at the initiative of Dutch ritual artist Ida van der Lee. When she realised that more than 2,800 Jews from her Amsterdam neighbourhood had been deported and never returned home, she wanted to do something to honour their lives. Along with others from the neighbourhood, Ida began making name plates and a grid of the streets. Each name plate was then placed at the deportees' last known address to, symbolically, bring them back home. Over the years, people have joined the commemoration with name plates of deported relatives and friends who lived elsewhere in the Netherlands. 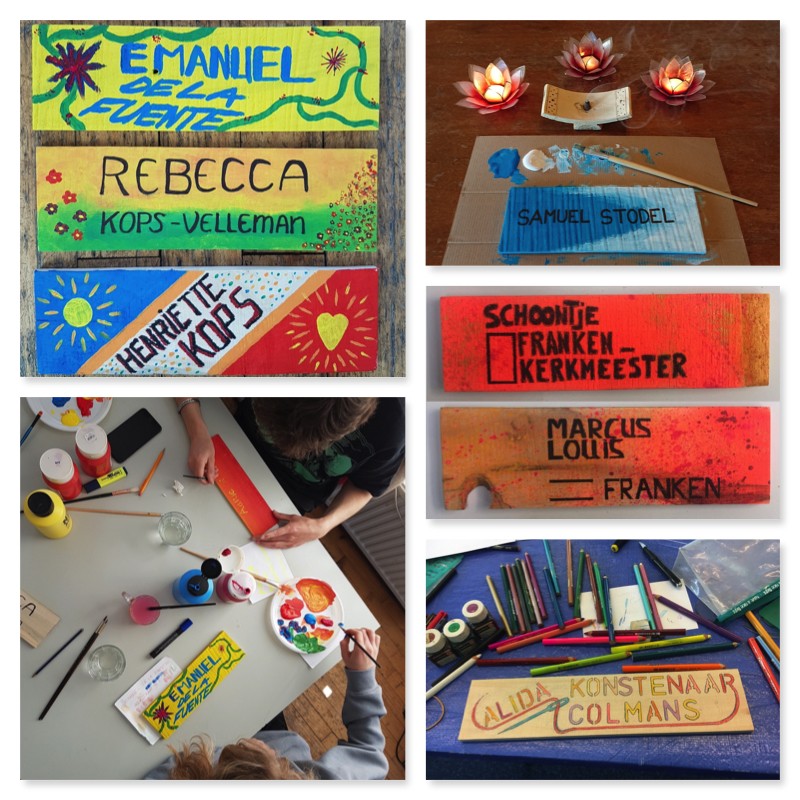 When I participated, I noticed people from currently war-torn countries standing about at the edges of the commemoration site. Discreetly, they mourned their own dead. I spoke with a Syrian refugee who, with tears in his eyes and a choked-up voice told me: 'It is so important to do this…' Other immigrant by-standers, identifiable by their traditional clothing, spoke softly in huddled groups, visibly supporting each other in their losses.

This year, with the appearance of COVID-19, the Kastanjeplein will be empty on 4 May. Nonetheless, local residents have already made the last 200 nameplates, at home. In a creative and fitting gesture, the organisers of the 'Names and Numbers' commemoration exchanged the square in Amsterdam for Pampus, a now uninhabited island formerly used to quarantine the sick. In our stead, Job Cohen, former mayor of Amsterdam and chairman of the organising Committee, will go to Pampus to pay homage to the deportees and chant the Kaddish, the Jewish prayer for the dead.

The 2,800 Jewish victims deported from this area of Amsterdam have now all been named. They have recovered a place within the community. They emerged from the shadows into the light. If all goes to plan, the last commemoration of 'Names and Numbers' will take place on 4 May 2021, once again on the Kastanjeplein. We can enjoy a sense of having fulfilled our duty. Yet, still another challenge awaits us today: find new ways of remembering those whose untimely deaths must not be forgotten.